Matthew Jean-Leger was born on April 30th 1988. As the second oldest in a family of six, Matthew considered himself the big brother with a protective nature even towards his eldest sister, Woodney Pierre. At an early age, Matthew stood up for those who were unable to stand up for themselves and always loved to put a smile on someone’s face, be it through a song, a joke or a dance. Coming from a musical background, his love and talent for music knew no bound and excelled in his athleticism and culinary expertise.

Matthew had many dreams: to open his own gourmet bistro, to explore new grounds in his piano playing, and to succeed with his band: The Five Aces. Tragically, Matthew would not see any of his dreams realised as his family lost him on May 13th 2012. Matthew had been struggling with depression but his family was not aware of its extent and severity. His death came as a shock to all including his friends, who knew nothing of his depression, until they witnessed first-hand the effects of this silent killer. Suicide is the second leading cause of death among our youth in Canada but is no respecter of person or age.

To honour her late brother, in 2012, Woodney Pierre founded the Matty Jae Youth Foundation. In the belief to not only educate youth on the subject of mental illness but to continue the same drive Matthew had for the arts, among youth. The Matty Jae Youth Foundation not only embodies elements of who Matthew was, and his dream and passion for the arts, but also seeks to break down the stigma surrounding mental illness and encourages those who are directly and indirectly affected by mental illness and suicide to speak up and continue in their role as supporters. Matthew demonstrated to all whose life he touched that each life is valuable and priceless, his legacy will live on. 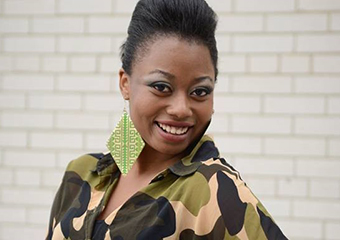 Shequita Thompson has been working to support youth and end gender-based violence for the past nine years. Currently, she works as the ReACT youth program coordinator at METRAC Action on Violence, and as program director for Words of Wisdom, a program using literacy to facilitate deeper conversations about identity, self-love and self-esteem in the Regent Park community. With ReACT, she creates and facilitates violence prevention trainings for youth and social service providers who work with youth. Most recently, she traveled to Ghana to participate in a knowledge exchange with young women and girls globally, and develop collaborative strategies to end gender-based violence. She holds an Honors BA from the University of Toronto with a specialization in Sociology and Gender Studies.

“I am, because we are” – Ubuntu, African Proverb 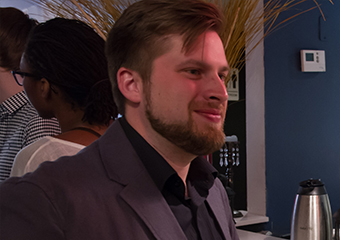 Taylor Baldwin was born and raised in Toronto, and loves his city! Taylor working in various facets of the social work field for the last four years and love it. Taylor appreciate’s the opportunity to support and learn from the diverse groups of people that often get marginalized in our city. Taylor has learned that inclusive communities help to foster the utilization of different minds with unique outlooks, which make our home so great. Although unique minds are what adds colour to our world, mental health is a struggle that faces many. I have seen the effects of mental health issues take its toll on many people I love and admire, and am therefore very happy to be apart of the Matty Jae Foundation. As a small organization we do our part to help de-stigmatize mental health, an issue that presents itself to more people than not in our communities. We need people who think differently in our communities but the moment our minds cause us confusion, anxiety and fear, or take away our ability to live safely and comfortably, this no longer becomes beneficial. I’m happy for the opportunity to raise awareness and shine light on the individuals working hard as researchers, mental health care workers and above all self-advocates who do so much to help the plight of people suffering from mental illness.

Tennille Spencer has been working in various capacities with the ministry of the attorney general for ten years, assisting victims of violent crime.

Her public service experience has attributed to her contributions to start up community programs such as the Eagle Ridge Seniors Services, supporting the aging population and their families. Her prior board experience includes, the Bereaved Families of Ontario.

Tennille comes to the MJYF with a passion for advocating for those members of society that need it the most. Aside from her professional contributions, Tennille has been personally affected by suicide. Helping others manage in it’s wake, helping this foundation grow, have become a major priority in her life.

Poet, musician and arts educator, Dagmar Morgan is a slam poetry Champion (Greater Toronto Area Slam Poetry Champion of Champions 2013) with a passion for youth mentorship and using art as a tool for expression and healing. She is a proud board member of the MJYF and brings a wealth of experience and natural connection with the young people she serves.

Born and raised in Toronto, Fadina is a city girl but a homebody at heart. She is a dedicated Human Resources professional and loves to bring passion and inspiration in her everyday work. When she is not at work, she is busy being active in her local church leading the young and the young at heart to know Jesus better. Fadina’s life desire is to see every individual grow in intimacy with God and find their true purpose, joy and peace in their creator. She joined the Matty Jay Youth Foundation upon its inception in 2012 and shares in its vision and passion of shedding a light on mental illness among youth and empowering the youth of today to take a hold of the beauty of the gift of life. 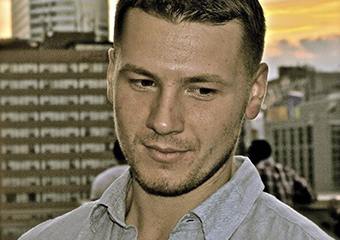 Darius Simic is a young entrepreneur, slowly making his mark in the real estate industry. Darius has a passion for exploring the world and it’s many cultures, as he traveled to many countries.

The Matty Jae Youth Foundation is very dear to Darius’ heart, since he and Matthew were good friends since high school. 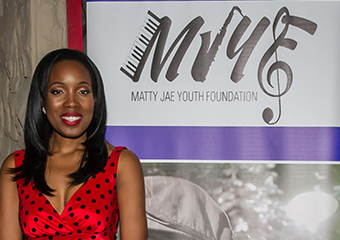 The Matty Jae Youth Foundation was founded in 2012 by Woodney Pierre in honour of her late brother Matthew Jean-Leger in the hope to raise awareness of mental health among youth through education and the arts. Woodney has experienced a fruitful career as a Human Resources Professional and continues to play an active role in the community. Woodney travelled internationally with the production company EMG Education to promote anti-bullying messages and educate through theatre about historical African-Canadian figures who have paved the way. Woodney also participated in the United Way’s Battle of the Bands, We Day, and many more charitable organizations that give back to the community and help those in need of encouragement and empowerment.

In 2013, Woodney sat on the Toronto District School Board’s Stop The Stigma Committee, an initiative committed to spreading mental health awareness to youth across the GTA. They educated youth, parents and educators on mental health through story telling.  Woodney also sat on the Adaptability Network Committee at KPMG that focuses on breaking the stigma, surrounding mental health, visible and non-visible disabilities.
She also sat on a panel with other guest speakers to encourage open dialogue concerning individual’s mental and emotional wellbeing in the workplace and at home. This tragic loss has opened Woodney’s eyes to the importance of mental health awareness and because of this, Woodney continues to educate, inspire and encourage people in schools, communities and the workforce to shine their light!